Author Gena Showalter published her first book when she was only 27, and she’s had a significant amount of success since then. Her paranormal romance books, such as Alice in Zombieland and The Darkest Touch, have landed her features on the New York Times and USA Today Bestseller lists. If you watch Orange is the New Black, you may have even heard her name mentioned! If you’re a fan of paranormal romance and are looking for something to read, take a look at this list of books to read if you like Gena Showalter. You’re sure to find something that you’ll love!

If you want to see more posts like this, check out these lists including Anne Rice, Laurell K. Hamilton, Christine Feehan, and Nora Roberts, along with 2015’s best releases in paranormal romance, and the 2015 paranormal romance gift guide. Jane Hart, a vampire detective, never thought she would fall in love with a werewolf alpha. Nevertheless, she is immediately drawn to Aidan when he enters her life. Now that Jane’s mated to Aidan, her blood begins to infect him and bring him towards the darkness. Will the pair be able to survive this while a determined killer is hunting them down? Josephine grew up orphaned, and the only thing she ever knew to be true was that she was an outcast with strange powers. When her little brother was taken away from her, Jo’s anger turned her into an enchanting, vampiric villain. One day she runs across Rune the Baneblood, who is hunting the oldest living Valkyrie. Although Rune knows that she’s dangerous and may betray his secrets, he just can’t keep away from her…

Leila has learned a lot in her life, but she has no idea how to be vampire. She is now married to the most famous vampire of all, and no matter how happy she is, it comes with its costs. Vlad must battle with a centuries-old enemy who knows that Leila is his weakness. Vlad doesn’t usually feel fear, but his love and protectiveness of Leila makes him as scared as he’s ever been for their safety. Lynne Harmony has traveled a far distance to find a man who’s known for protecting the weak and leading the strong. L.A. has been devastated by a plague, and Jax Mercury is Lynne’s only hope. She’s the only one who can cure the plague, so can they save the world together? 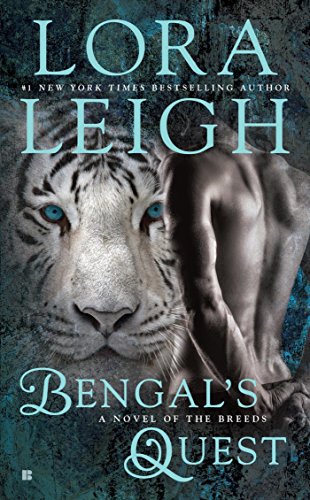 Graeme is a rogue Bengal Breed who can easily shift and hide in plain sight. There are many people who have wronged him throughout his life, and he is thirsty for revenge. The person at the middle of all of this is a seductive woman who is helpless against Graeme, but despite all of his rage, he can’t resist her.

Torque is a half-breed dragon, and he never had a say in what his future would hold. A Shinto fey claimed to see him in a vision that involved reclaiming a lost treasure for a powerful dragon, but it somehow included mating with the dragon’s half-breed daughter, Rya. Torque tracks her down as she embarks on a journey to find her lost mother, and they discover something that could spread evil throughout the world