Gifts for History Buffs: Civil War Books to Gift in 2015

Gifts for History Buffs: Civil War Books to Gift in 2015 After the Civil War: The Heroes, Villains, Soldiers, and Civilians Who Changed America

After the Civil War follows the stories of 70 people who shaped Reconstruction-era America (and set the foundation for the modern-day United States). Readers will recognize some household names, like William Tecumseh Sherman, and learn about some people who aren’t as well known (but were vitally important). 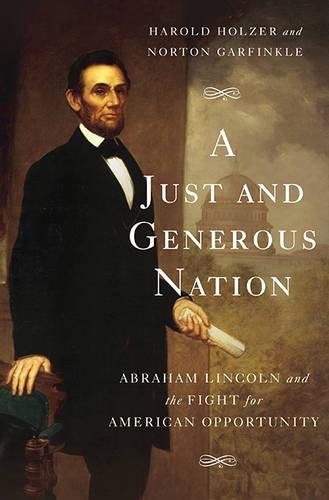 A Just and Generous Nation: Abraham Lincoln and the Fight for American Opportunity

A Just and Generous Nation was written by a historian and an economist. The two academics blended their fields in this work, which explores Civil War-era America from an economic and historic perspective. Lincoln is best-known for the war, but also implemented infrastructure that is vital to our current economy. The ‘Gray Ghost’ John S Mosby led a cavalry unit for the Confederates in the Civil War. He was one of the most effective military leaders and was famous for blending in with townspeople right after raids to avoid detection. His memoirs were first publoshed in 1917 and are now available for Kindle. Let Us Die Like Men explores The Battle of Franklin, a battle that took place outside Nashville in 1864. Sherman’s forces had been tearing down Georgia (almost literally), and Hood needed a different tactic. He decided to head to Tennesee to root out Federal soldiers therein. This book tells the story of what happened there. Men of War: The American Soldier in Combat at Bunker Hill, Gettysburg, and Iwo Jima

This isn’t strictly a Civil War book. It touches on the men who fought in three iconic and deadly battles in America’s past: Bunker Hill (Revolutionary War), Gettysburg (Civil War) and Iwo Jima (WWII). These three battles were some of the most fatal. Men of War tells the stories of the men who fought bravely during those horrible days.