When a body is found, and now the killer is after you, do you know who to call? Maybe not Robert Dugoni, but he has a whole host of characters that would be willing to help. New York Times bestselling author Robert Dugoni is the mastermind behind the tantalizing David Sloane and the Tracy Crosswhite series. If you enjoy strong heroes and heroines defying all odds to find a gruesome killer, try these books to read if you like Robert Dugoni. 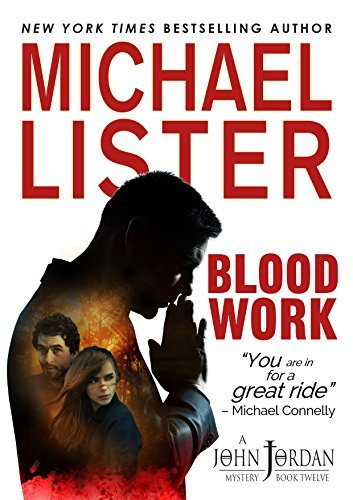 Jack Jordan thought he had solved the Broken Heart Murder of Janet Leigh Lester long ago, but now he’s not so sure. On the same weekend Janet was crowned Miss Valentine at the pageant and Queen at the Sweethearts dance, she disappeared, her car found in an empty field, its interior covered in blood. Jack investigated and came to the conclusion that Janet was killed by none other than Ted Bundy. But now a new clock is ticking and his son John has one last chance to help his father get it right. With no support and a case decades old, John has little hope but he’s not taking no for an answer. Nobel prize-winning Columbia professor Dr. Harvey Nolan is not accustomed to FBI showing up on his doorstep but, it’s certainly not the first time. He was investigating the disappearance of a friend but now he’s caught between a merciless assassin and the FBI for a crime he didn’t commit. His only hope is to work with Katie Moulin, a jaded ex-FBI agent, to uncover the complex mysteries surrounding the city. Lucy Kincaid and her mentor, Supervisory Special Agent Noah Armstrong, are tasked with finding the missing sisters of Siobhan Walsh. Siobhan has been searching for her two sisters since they disappeared two years ago, but when she receives a call from a priest in Texas about an abandoned baby holding a locket with her name, she turns to professionals. The infant obviously belongs to one of her sisters, but how did she end up in Texas and why did she abandon her newborn? Lucy and Noah soon uncover a human-trafficking organization but the bad guys seem to constantly be two steps ahead of them. And with a trail of dead bodies, time is running out. Love You To Death

East London Detective Ruby Preston and her team have a new case that has them all a little disturbed. Women who have given their children up for adoption are being killed. It all begins with a knock at their front door and a claim that their long-lost child has returned. But then things get sinister. The bodies start turning up, staged in perfect, domestic scenes. And just as Ruby thinks she’s made a breakthrough, she receives a sinister email, and the case takes a terrifying personal twist. Two children sneak out in the hopes of witnessing a ghost, but instead they witness a man dumping a body. Now DS Ava Merry and DI Jim Neal are called into investigate the mysterious murder. The dead man’s wife, Laura Cameron, is learning just how secretive her husband could be as she tries to untangle his dark web of lies. Will they be able to uncover what happened to her husband or are there too many secrets in this town for Laura to stay alive? When twenty-six-year-old Elisa Vanderseel’s body is found near her bicycle along the Charles River, it appears she was struck by lightning — except for the fact that the weather is perfectly clear. Dr. Kay Scarpetta, the Cambridge Forensic Center’s director and chief, investigates and soon discovers this was no accidental Act of God. But just as she starts to uncover the truth about Elisa, she starts receiving threatening messages from someone who calls himself Tailend Charlie. Now with the help of her niece Lucy, she’s trying to track down a cyberstalker before it’s too late.