The Story Behind Ripple Effect By Tracey Jerald

Standing at the rail of a cruise ship last April, whitecaps crashed against the side of a cruise ship when the first ideas for Ripple Effect first drifted over me. People were milling all around celebrating milestone events such as birthdays, anniversaries, and the like.

And I was lonely.

It was the first time in years I happened to be on the boat with one of my sisters instead of my husband. Yes, I was having an excellent time, but I was disjointed because there were so many swirling emotions of love around me. It made me miss my spouse profoundly.

I couldn’t, didn’t, want to imagine if that was my reality.

Out of that, Elizabeth Sullivan was born. She is slightly older than my previous heroines, successful and established. She isn’t a woman looking for love, but one who already found the other half of her heart long ago in her husband, Calhoun.

When you first meet Libby and Cal, as they are known to their friends and family, their hearts have been through so much turmoil and come out the other side stronger for it. Immediately, they’re ready to tell you their story.

During their conflict, Libby realized she didn’t know who her husband was. Or, maybe what might be worse, who they were when they were together.

As for Cal, he didn’t know how to love before he met his wife. She became his definition of the word. He thinks he knew her unequivocally but found himself disturbed when she evolved into someone different as the years passed.

There’s an emotional burden to nourishing love, to ensuring it’s not pulled under the ripples of communication breakdowns that happens frequently in the best of marriages. What Libby and Cal’s story demonstrates is the fight for love is worth it when it matters regardless of whether the waves you battle are the size of tsunamis.

In the end, I think we all secretly long for the kind of love that will endure unspeakable tests of obstinacy but will survive in the end because all marriage has ripples. It’s how we ride out the waves that determines our course.

Tracey Jerald is the author of the new book Ripple Effect. 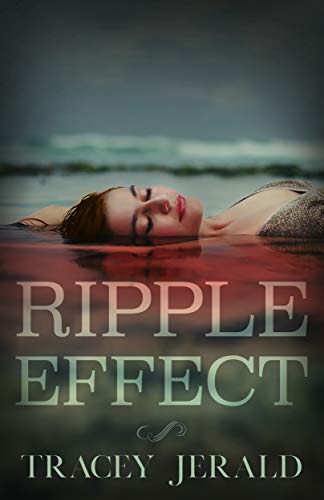