The Story Behind Never Ever by Willow Rose

It was a thrill to write this book, and it is my most intense thriller yet. Some of it might seem to be far out, but a lot of it actually happened in real life, I am afraid.
When writing this book, I have picked things from real life, incredible as it sounds to those who have already read it. Three of the stories came from real actual events.
A little while ago, a story broke down here in Florida about a health inspector. He had been to several massage parlors and spas during routine checks and discovered that they were harboring trafficked girls. The story became very big and ended up involving celebrities who had been to these places.

The shocking part — to me at least — was that we see these places in strip malls everywhere. To think that they are keeping young girls as sex slaves in places like that, in areas I pass by every day, right under our noses, is so scary to me.

In the book, we meet a young woman who joins a cult called NYX, encouraged by a friend who thinks it will be good for her. What happens to her was highly inspired by the current real-life drama of the cult NXIVM. This story has so much fascination; I knew I had to write about it. How the celebrities and billionaires fell into this leader’s claws – and how he preyed on their vulnerabilities.
The things he got away with doing to them, like branding them and having sex with them. It is truly gripping.
If interested, you can read more here:
https://www.rollingstone.com/culture/culture-news/nxivm-what-we-know-about-alleged-sex-trafficking-forced-labor-204958/

The book begins with a nerve gas attack on the Metrorail in Miami. This was inspired by the gas attacks in Japan in 1995, where a cult brought in bags of nerve gas and released it. None of the passengers knowing or suspecting that anything was going on, till it was too late and they had trouble breathing. Here’s a link if you want to know more:
https://www.bbc.com/news/world-asia-35975069

Willow Rose is the author of the new book Never Ever. 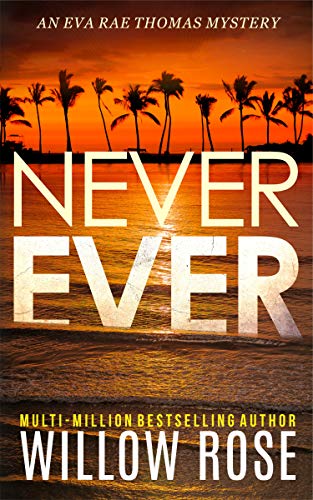