The Story Behind All The Good Girls by Willow Rose

Harry Hunter is a Miami PD detective and a father of a teenage girl, Josie.

His wife Camille overdosed on drugs three years earlier and suffered a brain injury from it. She’s now in a vegetative state, while Harry is praying for a miracle to happen.

His next door neighbor, Jean is a nurse and helps with taking care of his wife. She used to be Camille’s best friend and feels awful for not having noticed that Camille was back on drugs again. She is also secretly in love with Harry and he is crazy about her, even if it is hard for them both to admit it, with Camille still being alive.

Harry doesn’t want to move on as long as Camille is still breathing but being with Jean so much, it’s getting harder and harder to fight it.

Meanwhile five teenage girls are found murdered in Miami, four of them on a boat, one in a dumpster. All of them were witnesses to a rape that happened some months back, and now Harry’s boss wants him to be a babysitter for the guy who allegedly raped the girl, but was acquitted of all charges.

Harry’s boss fears he might be the next victim and that’s why he sends in Harry to protect him. This doesn’t suit Harry well, and soon he digs into the case of the murdered girls, even if he’s not supposed to. The closer he gets to the killer, the more he realizes that he’s becoming a part of a terrifying game, where he can’t believe anything he sees.

All The Good Girls (Harry Hunter#1)is the first book in a planned series of shorter, more fast-paced mysteries. I loved writing this story so much and I am completely in love with Harry Hunter. He is a genuinely good guy that you can’t help but root for.

Willow Rose is the author of the new book All The Good Girls. 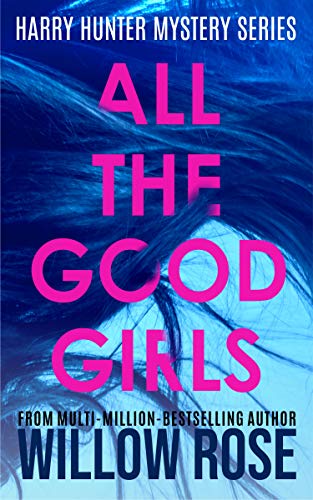