Our Audiobook Playlist For August | 2020

in Audiobook, Books to Read if You Like..., eBook, Fantasy, Literary Fiction, Mystery, News, Romance, Thriller

Our Audiobook Playlist For August | 2020

We wanted to share with you some of our favorite audiobooks we’ve been listening to in August. Our playlist includes a little something for everyone from mystery, romance, literary fiction, fantasy, and thriller. Grab your headphones and happy listening! The second book in the VanOps Series by International Award-Winning Author Avanti Centrae… Software expert Maddy Marshall doesn’t think she is ready for a dangerous role in black ops. But when an armed Russian thief makes off with a rare ancient star chart, she has no choice but to join in the pursuit. If her royal Spanish family legends are true, the chart leads to a superconductive treasure trove. “An insightful, poignant, and fiercely honest novel about female friendship and female aging.”… Four older women have a lifelong friendship of the best kind: loving, practical, frank, and steadfast. But when Sylvie dies, the ground shifts dangerously for the remaining three. The Weekend explores growing old and growing up, and what happens when we’re forced to uncover the lies we tell ourselves. The tenth book in the Will Trent Series by New York Times Bestselling Author Karin Slaughter… GBI investigator Will Trent is looking into the killing of a prisoner during a riot inside a state penitentiary. That is when he is confronted with disturbing information. One of the inmates claims that he is innocent of a brutal attack for which he has always been the prime suspect. 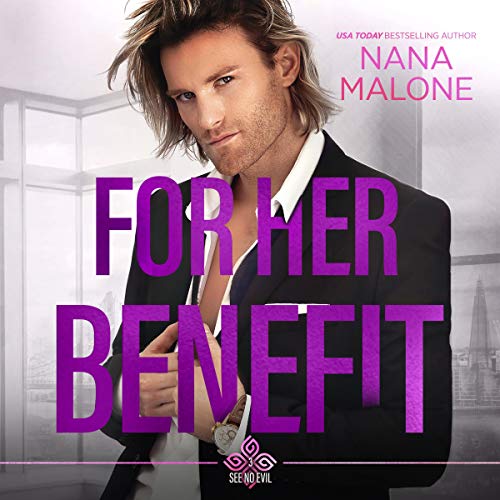 The third book in the See No Evil Series by USA Today Bestselling Author Nana Malone… My so-called brothers in oath have betrayed me. Maybe they forgot how many of their secrets I’ve been keeping. Tonight, I will get vengeance. But when it comes to heisting a priceless diamond there is no simple plan. There will be blood. The 27th book in the Anita Blake, Vampire Hunter Series by New York Times Bestselling Author Laurell K. Hamilton… When a fellow U.S. Marshal asks Anita Blake to fly to a tiny community in Michigan’s Upper Peninsula, she knows time is running short. When she arrives, there is plenty of proof that a young wereleopard killed his uncle in the most gruesome and bloody way possible. The 14th book in A Royal Spyness Mystery Series by New York Times Bestselling Author Rhys Bowen… Lady Georgiana Rannoch has just returned from her honeymoon with the dashing Darcy O’Mara. But a friend in need suddenly pulls her into a twisted tale of betrayal, deception, and murder…