by A. J. Thibault

It’s 1980, Los Angeles. Dan Goodis is a struggling, irreverent stand-up comic who likes to speak his mind. When he witnesses the brutal assassination of a brilliant hermit physicist, it sets him on a path that leads to the discovery of his father’s dark CIA past, and he soon learns that being funny can be deadly serious business. Before he is murdered, the physicist inadvertently gives Dan a secret code. Dan doesn’t want to be involved, but soon discovers he has no choice. The third and final book in The Risky Business Chronicle by Bestselling Author Hep Aldridge… Pursued by multiple enemies, the team uncovers jaw-dropping otherworldly treasures linked to a mysterious lost civilization that has the potential not only to enrich them but to save the planet Earth from self-destruction. True crime podcaster Trinity Scott is chasing breakout success, and her brand-new serial may get her there. Her subject is Clayton Jay Pelley. More than two decades ago, the respected family man and guidance counselor confessed to the brutal murder of teenage student Leena Rai. But why he killed her has always been a mystery. In a series of exclusive interviews from prison, Clayton discloses to Trinity the truth about what happened that night beneath Devil’s Bridge. The seventh book in the Rachel Hatch Series by USA Today Bestselling Author L.T. Ryan… Rachel Hatch closes a major chapter in her life. A new one begins with an offer from an old friend. This offer puts Hatch at odds. The agency responsible for her father’s murder and who nearly took her life in the mountains of Colorado is now offering her a job opportunity. Lives hang in the balance as Hatch sets out to honor her code. 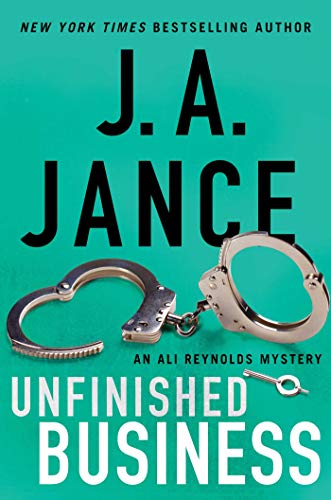 The 16th book in the Ali Reynolds Series by New York Times Bestselling Author J.A. Jance… Mateo Vega, a one-time employee of Ali Reynold’s husband, B. Simpson, has spent the last sixteen years of his life behind bars. According to the courts, he murdered his girlfriend. But Mateo knows that her real killer is still on the loose, and the first thing he’s going to do when he gets a taste of freedom is track him down. Matthew Keating, a one-time Navy SEAL—and a past president—has always defended his family as staunchly as he has his country. Now those defenses are under attack. A madman abducts Keating’s teenage daughter, Melanie—turning every parent’s deepest fear into a matter of national security. As the world watches in real time, Keating embarks on a one-man special-ops mission that tests his strengths: as a leader, a warrior, and a father.