Interview with Wayne Grant, Author of A Question of Honour

What can you tell us about your new release, A Question of Honour?

A Question of Honour is the seventh and final book in The Saga of Roland Inness. The Saga tells the story of a boy who kills the wrong deer on the wrong nobleman’s land and becomes a fugitive only to rise to command Richard the Lionheart’s most feared troops, the Invalid Company. The series follows Roland Inness from the Midlands of England to the 3rd Crusade then back home to find King Richard’s realm engulfed in treason and rebellion. It’s a story about a brutal time, but mostly, it’s a story about courage, loyalty and honor—with a good deal of humor thrown in. In the final book, Roland faces agonizing choices as he fights to support the King and keep his honor intact.

I did not set out to write a novel, much less a 7 book series! Longbow, the first book in the Saga, began as a story told to my two sons when they were younger. They loved the character of Roland with his longbow and, after a time, I found it hard to keep making up new adventures off the top of my head. So I started writing them down. After a story a week for about four months I looked back and realized that I was indeed writing a book! So I owe it to two little boys, who are now grown men.

The Killer Angels—Michael Shaara; Mr. Midshipman Hornblower—CS Forester; Jubal Sackett—Louis L’Amour; Call it Courage—Armstrong Sperry; A Man Called Ove—Fredrik Backman. This last book I’ve just recently read and it in a wholly different genre than the others, but the writing is just incredible.

Fredrik Backman—How did you make us love a curmudgeon like Ove so much? Magic?

When I manage to write a sentence that’s just right. The last sentence in the next to last chapter of A Question of Honour as well as the last sentence of the book were like that for me.

Don’t really have a typical day. I’m a streaky writer and usually fritter away whole days early on as I develop a new book. I agonize over plot a lot. Only when I get within 3 months of my (self-imposed) deadline do I get disciplined.

What scene in A Question of Honour was your favorite to write?

I wrote the last chapter of the book months before I actually got to the end. I knew how I wanted this epic story to end and was excited with the idea I came up with to complete it. So that was fun. Working out the plot to get to the end was not so much fun, but eventually, I got there!

My “tag line” for the series is: Stand Tall—Shoot Straight!

Wayne Grant is the author of the new book A Question of Honour. 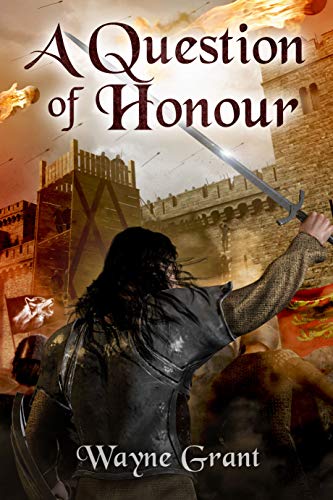 Sci-Fi and Fantasy Reads Not To Miss | January 2020

Interview with the Authors of Leave Me Breathless: The Black Rose Collection