What can you tell us about your new release, Hillgate Hall?

It’s about a single mother surviving in a small English village. Her ex-husband and his awful (and rich) girlfriend are the bane of her life. Her antiques business is a disaster and she mixes with some fairly seedy characters. When she gets a teaching post at a local private school, her money worries seem at an end. But far worse awaits. It’s a suspense story with a gentle romance.
Hillgate Hall is the second novel I’ve had published, but I wrote it before The Mirror Shop, at least in draft form. Writing in the first person as a woman was a challenge (and a risk.) I’ve been encouraged by female friends who’ve read Hillgate Hall and tell me they enjoy Phoebe, the main character. I’ve also been told it’s a #MeToo story, but I didn’t consciously write it as such. The first draft was in fact over 10 years ago.

As a child, I found books to be some of my best friends, and from an early age I made up stories for my brothers. I had to wait a long time before anything appeared in print.
Landscape, particularly in Norfolk, has been an inspiration. Phoebe in Hillgate Hall has a longing to return to the moors of her native Yorkshire.
Malcolm Ross, my English teacher at secondary school, was patient with my early efforts and more helpful than he ever realized. Later, John Fairfax, a co-founder of the Arvon Foundation for writers, was a huge help.

Stephen Fry (he used to live a mile away from me in Norfolk, but we never met.)

‘Stephen, would you agree that just as identity and identity politics has dominated literature in recent years, so the survival of the planet will be an inescapable theme for serious writers in the future?’

I love the way characters reveal themselves. It’s almost as if it’s not me at work, but the person in the story deciding what to do and say. If I find them going adrift, it feels like it’s my fault in not listening to them. Can be weird. Fortunately, other writers have the same feeling.

Early morning’s best for me – before dawn sometimes, when there is no chance of interruptions. Afternoons are best for re-reading what I’ve written, and revising. I try not to read other novels when I’m writing, and so when I have a break for a week or two, I devour the pile waiting for me – usually what friends have recommended. I still work as a valuer of antiques and fine art, which gets me away from my desk – sometimes, but not always, a welcome break.

What scene in Hillgate Hall was your favorite to write?

I try not to have favourites. Some writers say, ‘Slay your darlings,’ which I take to mean that when you really love something you’ve written, it probably wants cutting out. Hard advice to give oneself, but one I try to follow. That said, I enjoyed writing about the teachers’ common room at Hillgate Hall, and the ghastly staff.

Nicholas Bundock is the author of the new book Hillgate Hall. 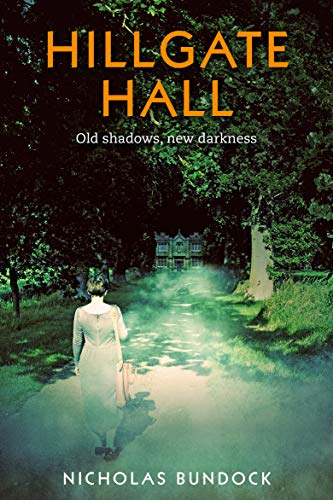