What can you tell us about your new release, Witches Protection Program?

Witches Protection Program is 5 years in the making. What started out as an idea from a misread caption is now a published book being circulated in Hollywood as a possible movie/tv show. Broomsticks crossed!

I love movies and the only way I was able to express myself and my ideas was to write them down. I used to write screenplays in college, and since they went nowhere, I decided to turn them into novels.

The Shining, Jurassic Park, Shogun, The Science of Getting Rich, The Power of Your Subconscious Mind.

I’m actually the cohost of my show Okon Bros podcast. Without question, if I could interview anyone it would be Stephen King.

Up at 530am. Workout, then shower. At my office by 630am. Research and develop my characters/stories all day. Go home, have dinner with family. Tuck in kids, then wife, then put on Golf Channel on mute and write until my eyes go.

What scene in Witches Protection Program was your favorite to write?

The George Washington bridge scene. I don’t want to get into too many details, but it was the most vivid my imagination has gotten.

“Write what you love, not what you think will sell.” Brian Koppelman said that I think.

Michael Okon is the author of the new book Witches Protection Program. 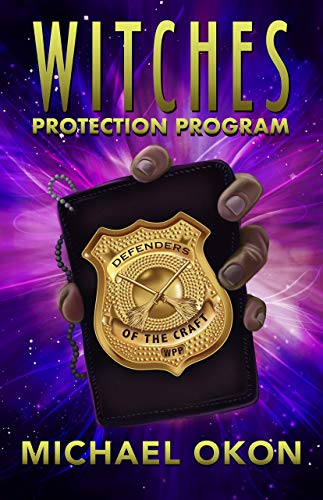