Interview with M Gustafsson, Author of The Asset

What can you tell us about your new release, The Asset?

The Asset is a low key but intense spy novel about an interpreter turned asset to the CIA and the Swedish KSI, a branch of the Swedish Military Intelligence and Security Service.

Readers who like John Le Carré and Daniel Silva, will probably feel at home and hopefully enjoy Klara Andersson’s world.

I have always loved writing, but the trigger came when I was recruited by Stockholm’s University to teach simultaneous interpreting, and a colleague sarcastically called my Swedish, being my mother tongue, “kitchen Swedish”. The comment challenged me and I wrote a book that got published – and fantastic reviews, among them one in the largest Swedish newspaper on a Sunday, with the headline Intelligent entertainment —thrilling and fact-based.

The Little Drummer Girl and Agent Running in the Field, by Le Carré. The Kill Artist by Daniel Silva, The Bourne Identity by Robert Ludlum and Blood Allegiance by Elin Barnes.

Elin Barnes. I would ask her how she came up with the flaw that taunts her main character, Detective Darcy Lynch.

To start out with a small fact, something from the real world, then use it fictitiously and turn it into something totally different.

Five to 8 days a month I work as an interpreter, meaning you sit in a small glass fronted and soundproof booth, with a colleague and listen to a speaker through headphones as you render, in real time, what she/he says in another language in a microphone. Through headphones, those who don’t understand the original language can follow what is being said. There are always two interpreters and you work half-hour shifts because it is so exhausting.

To be able to do that you have to prepare the topic for the political or business meeting, conference or symposium, to have all the specific terms that the speaker/s may use. That part of the job takes at least as many days or more of my time.

I love the job! It’s a little like broadcasting a live TV show, so intensely and totally ‘here and now’ – and you get to cover a wide variety of subjects.

The rest of my time I spend writing. That is eventless, peaceful and equally rewarding. My computer is by a large window, and I look up and out over the Mediterranean when I need to re-think what I just wrote. I often have to be reminded to eat because I get so engrossed in the writing. If something comes up that I need to research, I sometimes do that right away, and sometimes just make a note and leave it for later, depending on at what stage of the novel I am.

What scene in The Asset was your favorite to write?

It is hard to say. Maybe the scenes with Louis Hornett, Klara’s CIA handler. The character is based on someone I knew, a TV producer for international co-productions, and it was fun to make what I knew of him fit the story. 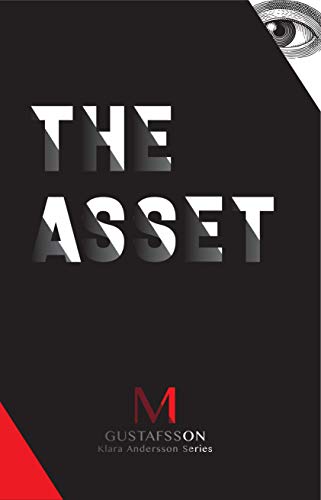 M Gustafsson is the author of the new book The Asset.