What can you tell us about your new release, Narican?

When the story came to me, a proper British male voice began speaking about this planet and the Sun Clan. Science Fiction was not a genre I typically wrote in, but as I drilled deeper, I wanted to learn more about it.

I’m not sure any one author inspired me to write. In fact, when younger, I was not a great reader. But ideas always captivated me, who we are, ideals to aspire to. I think growing up in the woods near my home inspired me to become a writer, as expression can be found in the simple. Out in the woods ideas can form and worlds built around them.

That’s always a slippery slope for me. I usually forget who or what I’ve read soon after. Townie by Andre Dubus was powerful and stunning and raw. Henry Miller’s The Tropic of Cancer held such power and directness that it became my writing bible. Recently I read John Steinbeck’s The Grapes of Wrath, and I’m not sure a better book has ever been written.

Hemingway, he’s the father of modern literature of style and prose. I was hooked on him for a very long time as many writers are. I would ask, what inspired him to turn centuries of flowery prose into muscular poignant sentences.

The space that it creates around me and within, like an access to something sacred. Life holds meaning in that space. Exploring and discovering, not just about characters, but myself.

Get up early, a few cups of coffee, write, work, get outside, read.

What scene in Narican was your favorite to write?

I’d rather not say, but it was a challenging one near the end. My editor pointed out that it needed more attention. So I sat with it a few days and let it grow in the darkness of my subconscious. When it was ready the scene became that much more alive.

I wish I was that profound. Expanding, unfolding, being aligned with who I am and grabbing pieces lost along the way.

DM Robbins is the author of the new book Narican. 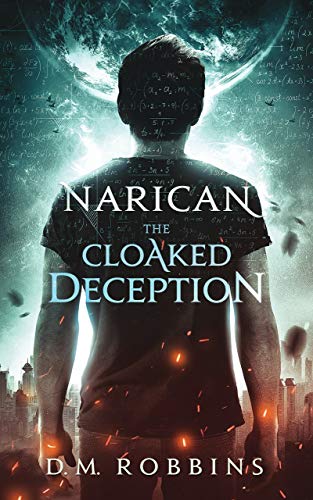