Interview with David T Myers, Author of The Star of Fate

What can you tell us about your new release, The Star of Fate?

The Star of Fate is an urban fantasy thriller set in Melbourne, Australia. The story follows Lando Bailey, whose life hasn’t turned out as planned. Through a mixture of bad choices and poor luck, he’s hit rock bottom, and now all he wants is the chance to turn his life around, to change his fate. Then Lando comes into possession of a mysterious crystal ball, the Star of Fate, which belongs to the Moirai, the Greek Goddesses of Fate. The Moirai start manipulating his destiny, and he finds himself in the middle of a murder investigation, and a secret war between two cults. Hunted by shadow monsters, shaman and a demigod, Lando finds himself on the run from one Melbourne suburb to the next. As he confronts the forces aligned against him, he will have to reconcile his past mistakes and make peace with a future that he can’t control.

I’ve always wanted to be an author. My friends and I used to create stories and characters at school. As a group, we’ve always aspired to write.

Before starting this book, I mainly wrote shorts stories or the first three chapters of various novels. The following advice from Neil Gaiman has been my guiding light to complete this writing project, and get past that dreaded fourth chapter. “You have to finish things — that’s what you learn from, you learn by finishing things.”

Hmm, tricky. I like so many different books for a variety of various reasons. Off the top of my head:

Probably Joss Whedon. I’d love to pick his brain on his approach to creating character and relationships that readers fall in love with.

Writing has forced me to read more and read outside my usual genres and exposed me to new authors and a greater appreciation of their work and style.

I work a day job, and usually, need to walk both my kids to school. On the commute to and from work, I will write on the train for about 25-30 min each way. Once home, we get the kids into bed by about 8pm. After that, I either write or do admin for my writing business until about 9:30 pm. From then, I chill or unwind until bed.

What scene in The Star of Fate was your favorite to write?

The climactic battle at the end of the book was fun to write, once I found it. I wrote four or five different versions before I was happy with the ending, but when the final version came together, it was really rewarding.

Per ardua ad astra – Through adversity to the stars.

David T Myers is the author of the new book The Star of Fate. 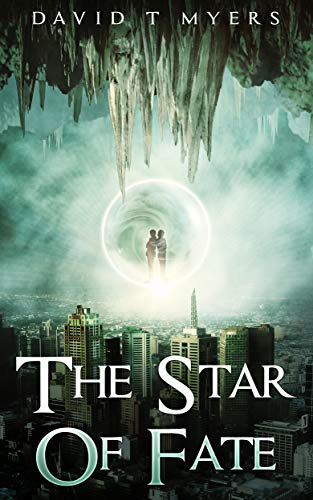