Interview with Christi Barth, Author of Risking It All

Tell us a little bit about your new release, Risking It All.

This book kicks off the Naked Men series, based on the idea that one moment in a life can change everything. For five DC men, that moment happened back in high school, when their soccer team’s bus crashed in the middle of the Alps. They were stranded for three days, seriously injured and with little hope of rescue. Their struggle to survive united them as brothers for life. What they each went through indelibly shaped their personalities and even influenced their career choices. Risking it All is the story of Griff – who wants to save everyone – meeting Chloe who most definitely does not want or need to be saved by him.

Born in Fire, by Nora Roberts. That entire trilogy was my master class on writing romance – before I took any actual workshops. I began writing my first published book because of that book, soaking up all its nuances like a sponge. I’d read other books by her, and a ton of historical romance, but that really kicked me into writing contemporary romance.

What’s the most interesting thing that happened while you were a wedding planner?

A couple eloped to Vegas and didn’t tell anyone, because they still wanted the big wedding. They planned to reveal their ‘first’ wedding in a video at the reception. Except…their wedding was just a week after 9/11, and people were petrified to fly in from all over the country, so they decided they had to keep their elopement secret forever. There was much slight of hand on my part with the marriage license…

I find music to be too distracting – as a former music major, I get sucked into listening rather than working. The only exception is a sex scene. Not a makeout – just full sex. That requires Pink Martini (jazz), although I recently discovered – to my shock and chagrin – that super dirty sex comes out quickly to Nick Jonas.

What’s your favorite play or musical?

I performed in musicals professionally, so it is very difficult to narrow it down. I’d have to say The Gondoliers, because I met my husband in it, or Guys & Dolls, which was my first lead role. And some just kick-ass songs!

What’s your favorite quote or scene from Risking It All?

Chloe and Griff’s ‘official’ first date. He’s all proud of himself for coming up with an ultra-romantic Segue tour of the monuments in the moonlight. She’s petrified the machine will either run over someone or run her into the Tidal Basin. It makes Griff realize that he’s going to have to not follow the playbook with Chloe. And yes, it ends up with romantic kisses under the cherry trees – as iconic DC as it gets!

I have two quotes at the front of my planner. “If you obey all the rules, you miss all the fun” ~ Katherine Hepburn. And, believe it or not, one that utterly suits my romantic heart from the TV show Mad About You: “I want hundreds of things, but I need only one.” Christi Barth is the author of the new book Risking It All. 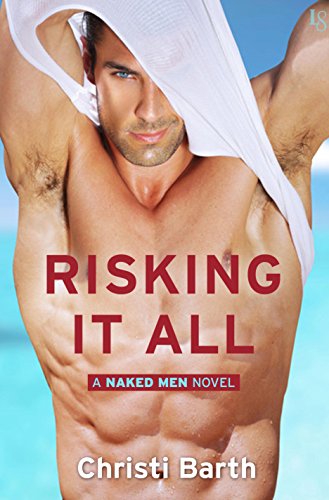