Tell us a little about your new release, New Charity Blues.

Thank you so much for having me! New Charity Blues is my second novel and a departure from my first project, a whimsical satire of sorts. I was thinking a lot about old stories and women’s narratives and two from Greek mythology continued to nag at me: Cressida and Cassandra. Cassandra, the crazy one, and Cressida, the loose one, both got the short shrift in telling their stories, whether you look at the Greek narratives or Shakespeare. Lacing those two bodies of work together, Cressida and Cassandra would have been sisters-in-law, and that formed the basis for my investigation of their relationship. I wanted to look at how the Trojan War shaped their decisions and eventual reputations within a focused lens. Setting the story in a near future, post pandemic world allowed me to reduce the outside noise and examine their stories, their relationship, and their choices. There are some tremendous books out dealing with the Trojan War and Greek Mythology, but I wanted to do something tangential and different to allow these two characters to have the spotlight for a change.

How have your previous careers impacted your writing?

For me, the inverse of this question is one I most often talk about. Writing is what saved me when I graduated from college wholly unprepared to start living in the real world. The first few years of adulthood found me bobbing about the career seas alighting on everything from camp secretary to snow plow dispatcher before settling in with real estate and finance long term. My saving grace was that I could write “the thing” that needed to be written. Everyone has something that needs to be written. If you can write it, you can prove yourself indispensable. I’ve written procedures and narratives and risk assessments, technical manuals and speeches and marketing copy. Careful observation of detail, empathetic storytelling, and flexibility all helped me keep my skills and get into a position to devote the majority of my time to writing, editing, and volunteer pursuits. This is not to say I can’t answer the original question. Artistry aside, having worked in the business world for such a long time, I feel like I have a better grip on understanding the “machinery” of publishing. This is useful because sometimes it’s hard to separate feelings from decisions, especially when you are say, trying to sell a book to publishers. But for them, it has to be a business decision. They have to make money or they don’t have a job either. When my agent or editors push me to do my best, I know it’s not because they have it out for me, but because we’re all investing in one another.

I’d say my favorites change depending on what mood I’m in. If I were in a serious mood, I’d say the McPheron brothers from Kent Haruf’s Plainsong and Eventide books are among some of the most beautifully drawn characters I’ve ever encountered. On a less somber day, I’d choose the title character from Rumo & His Miraculous Adventures. His creator, Walter Moers, is a whimsical satirist who plays with every known literary canon in order to send Rumo, a wolperting (half dog, half deer), and his talking sword, Dandelion, to save the silly and fantastical land of Zamonia.

When I was a child, I lived in daydreams. All the time. I remember daydreaming out loud once, imagining confronting a friend who’d hurt my feelings. I was so convincing that I had a really hard time explaining to my grandmother, who’d overheard, that I hadn’t been talking about her. As time went on, I learned to shut that part of myself down. One adulthood afternoon, sitting in my cubicle after getting a promotion (I was still working in finance), I recall asking myself if I’d be okay if I never opened that faucet again, if I wasn’t better off without that constant stream of non-reality. Instead of feeling resolved, I felt desolate. There I was, successful in something I happened to be good at, but miserable without the ebullient current that had accompanied me for so much of my life. If I had to pick my favorite part about writing, it’s being able to turn that hose on full force. To allow my imagination run. It’s a process, though, getting it to open again. I still find myself trying to shut it back off, trying to temper my own capriciousness, especially when real life intrudes. I don’t need to be thinking about why Rapunzel’s parents abandoned her instead of getting the oil changed. Hopefully that will balance in time, too, because being able to allow my dreams space to grow and change in the sunlight is wonderful and empowering thing.

What’s your favorite restaurant in Seattle?

This is a tough question. I’m lucky enough to have a group of friends who love to eat and explore new places. My very favorite Seattle restaurant doesn’t exist anymore. It was called Madame K’s and was run (reportedly) out of an old brothel in Ballard. The pizza was amazing and you got your wine in a twater glass. The waitresses wore roller skates and negligees. I miss it so much. On food alone, I’m having a hard time choosing between current favorites, so I’ll give you three: Maximillien (French, in Pike Place Market), Steelhead Diner (dressed up, American, comfort food, also in Pike Place Market), and Marjorie (soul food, in Capitol Hill).

What’s your favorite quote or scene from New Charity Blues?

To Syd’s credit, she tried to ignore Becky Purcell. But Becky wasn’t so easily dismissed. “…I heard all you Survivor folk are like animals, fighting over food and burning all your furniture and your books and all that artsy shit that was so important to be cultured.”
“Yup. Once a week we trade fingers for tennis shoes. But look,” Syd said, cocking her head, “I still have one left.” She flipped Becky off with a flourish.
“Okay, okay,” said Sheriff Jayne. “Put it away.”

When our heroine, Cressyda Turner, returns to her hometown of New Charity, she faces mixed reactions from the people she’d built a life away from in the City. Running into her old rival Becky, Syd is showered with resentment and ridicule. I used the moment to shed a light on what I think is an overused trope in apocalyptic fiction: the idea that everyone will be preoccupied with killing one another. The New Charitans assume this is what is happening outside their gates, when, in reality, the Survivors of the City are tired of death and destruction. They know they have to help each other live well and fully, and must band together to do so. This is my own optimistic hope, that disaster might bring people together instead of rending them completely. But I also know the truth is likely somewhere in the middle.

I’ve never been a big inspirational quotes girl, though I do certainly have some poetry and music lyrics that function in much the same way. Though Kipling himself is a problematic poet in today’s world, his poem “If,” was one I encountered over and over as a child. In it, Kipling writes, “If all men count with you, but none too much.” That poem was my grandfather’s favorite, and he always tried to explain to me that I could be both compassionate and self-preserving, that I could care for and consider the opinions of others up to and until I began to lose myself. It’s a lesson I’m still learning, and perhaps he knew it was a lifelong lesson and one I’d need to start early. He was a smart guy. One of the things that is hardest for me is saying no to new projects. I want to do everything, but to do that, the day needs to be longer by several hours. I’m slowly finding ways to prioritize, but it’s not uncommon to put myself and my own work behind other tasks. I take pride in being able to help others as they’ve helped me, whether through editing, critiquing, publishing, mentoring, etc. I know all these things are helping to make me a better writer, even if the writing goes a little slower because of it. It’s all part and parcel of another part of Kipling’s poem, to “fill the unforgiving minute.” These writing minutes are precious, and I’m thankful for every single one.

Camille Griep is the author of the new book New Charity Blues. 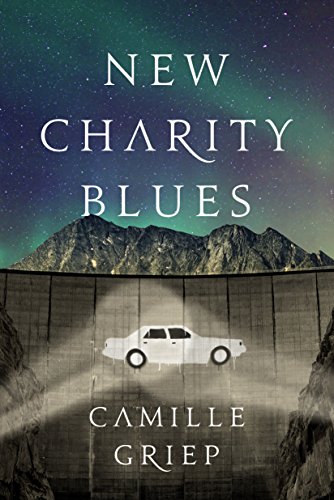