Interview with Britney Winters, Author of A Cocky Haunt

What can you tell us about your new release, A Cocky Haunt?

A Cocky Haunt is a short, romance, with a touch of spice, that centers around an emotionally hurt woman named Ruby. She is a paranormal investigator who has been called to investigate a supposed haunting and finds her life turned upside down when she meets a caretaker named Josh. The story has moments of tenderness, moments of aggravation, sadness, and happiness. It encompasses all the emotions that people feel in their lives, especially when it comes to relationships.

The book is short. It can be read in two hours or less. I know a lot of people who love to read but are pulled in 20 different directions every day. They don’t have time to read a 500-page book, but they want an escape, like we all do. So, I made sure the story had the thrill of a romance, but is short enough so that it could be read in a few hours.

Being an author is something I have dabbled with in the past. I wrote short stories as a hobby, but neve did anything with them. Until someone mentioned KDP publishing, I never thought I would ever see anything I wrote in print. As I read story after story of people like me who managed to see their dream of becoming an author come true, I thought to myself, “Why not me?” The only one stopping me from publishing my work was me. So, I decided to take that first step and published my first book.

I read a lot of Tamie Hoag’s books when I was a teenager. I loved the mysteries she wove together and the romantic relationships that followed. She has a way of sucking you into a story and keeping you glued to the page, until it is over.

My first guest would probably be Faleena Hopkins. I remember reading in the Guardian the firestorm she started last year when she tried to trademark a common word within the English language. Because I was already outlining A Cocky Haunt, I was interested in how this would turn out, since I knew that it would affect me and determine whether I published my book or not. The question I would ask is, “What were you thinking?” I understand wanting to protect your work, but I think she went about it the wrong way.

One of the best things about writing is the freedom you have to create the story you want to create. When you are writing, you can put your headphones on and listen to your favorite music while typing away at the keyboard. There is no boss yelling at you to get back to work. You can get lost in a world of your own creation. I love it.

Most days, I get up, eat some breakfast, and go to work, just like everyone else. When I get home, I’ll sit down and try to do an hour or two of writing. After that, I make some dinner, watch a little Netflix, and go to bed. It’s not very exciting or romantic, but it is what it is.

What scene in A Cocky Haunt was your favorite to write?

My favorite scene was when Ruby and Josh first met. They don’t like each other when they first meet. He thinks she’s cocky and arrogant and she thinks that he is just some backwater idiot. It was a fun scene to write. I like writing scenes where the characters misunderstand each other because, as the author, I know that there is more to each of them, and that they are in for a surprise.

We only have so much time in life to do what we want to do. Sometimes, we succeed, and sometimes we don’t. But if there is something you really want to do, such as travel, write a book, or just talk to a long-lost friend, do it. Or at least try. Nothing is worse is than a long list of regrets. 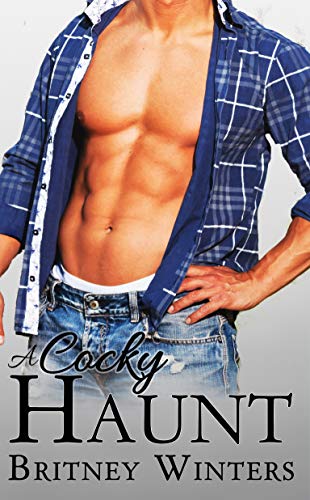 Britney Winters is the author of the new book A Cocky Haunt.