Books to Read If You Like WWII Historical Fiction

As major events occur throughout history, people leave behind many stunning stories for future generations. From tales of overcoming adversity, to triumphs of war, reading about world history is sure to keep you engaged and inspired. The events during World War II have inspired many authors to write the stories of people from all around the world and what they experienced during this difficult time. If you’re ready to see the world through someone else’s eyes, we recommend these books to read if you like WWII historical fiction. If your passion for historical fiction stretches beyond WWII, you might also like this post. If you like your history with a little suspense, check out this post.

Books to Read If You Like WWII Historical Fiction

Under the Pong Pong Tree

In Singapore, Chinese residents face the tyranny of the Japanese invasion. Li Lian Goh becomes pregnant in a military brothel, and hopes to escape to a nearby village with her daughter, Maimunah. 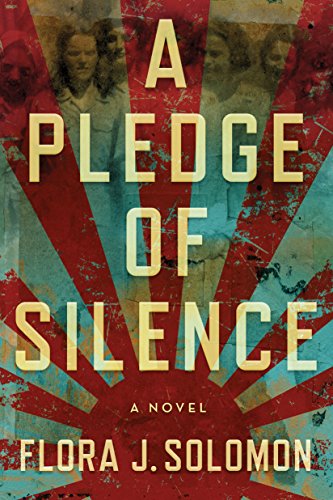 A Pledge of Silence

Margie, an army nurse, is sent to the Philippines before the Japanese invasion at the end of 1941. She is captured and taken to an interment camp, where she endures danger, starvation, and loss. Salt to the Sea

As WWII is ending in East Prussia, refugees are hurrying towards freedom. Joana, Emilia, and Florian meet on the ship Wilhelm Gustloff, upon which they face unexpected tragedy and are forced to fight to survive. A God in Ruins

This story follows the challenging life of Teddy, a pilot in the Royal Air Force during WWII. He is one of the few pilots who survived the war, and he is forced to live in a future that he never expected he would experience. The Book of Aron

Aron is a young Jewish boy who was forced into the Warsaw Ghetto after the German invasion of Poland. His family is taken away from him, and he is rescued by a doctor who advocates for children’s rights. Is Aron able to escape and spread the word about the atrocities that he experienced? Set in France, this book gives the female perspective of WWII. The story focuses on two sisters who have been separated for years and have to do everything they can to survive.