Can you imagine writing over 100 books in your lifetime? It’s probably not an accomplishment which many people can boast, but romance author Sherryl Woods is one of those people. Her books, many of which have been featured by the New York Times, are idyllic and sweet. We don’t know how she keeps coming with such wonderful stories, but we aren’t complaining! If you’ve managed to read all of her books, we applaud you. However, you might want to check out this list of books to read if you like Sherryl Woods so you have more sweet romances to fill your time until her next new release. Like your book boyfriends a deeper shade of bad? Then check out our Bad Boys of Summer post! Bridget Flanagan knows how to assess risk, especially since she works in the world of oil refineries. She thought she was going to get a promotion, since she’s great at her job. But when the job goes to someone else,  she leaves town to distract herself from her troubles. Jack Gibbs seems like the perfect short term distraction… that is… until she returns to work in Monday to find that he’s her new boss. Would becoming involved with him be too big of a risk? 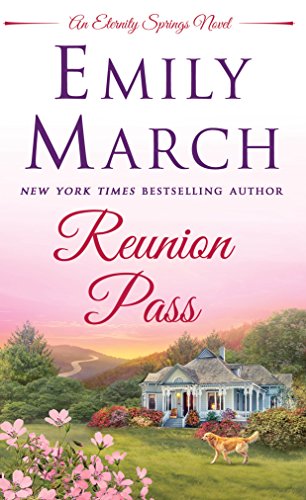 Chase Timberlake bought an engagement ring for his high school sweetheart, Lori, six years ago. Unfortunately, life got ahead of them and things didn’t work out. When Chase’s life takes a turn for the worse, he comes back to Eternity Springs to heal all of his troubles. While he’s there, he starts to rekindle his romance with the woman he never thought he’d lose.

Jonathan Templar and his poker buddies can never figure out what women want. For instance, Jonathan has been in love with Lissa Castle since he was little, but she’s never seen him as more than a friend. When Jonathan stumbles upon a romance novel at a book sale, he knows that the author Vanessa Valentine may be the tutor that he needs to figure out the game of love. Faith McCallum is set on trying to rebuild her broken life so she can give her daughters a chance at a better future. When she goes to work for Alice Bellamy, she meets her son Mason, who wants to be anywhere other than his mom’s historic lakeside home in Catskills. When secrets are unearthed about Alice, Mason must reconsider his priorities in life. McKenzie Shaw loves her hometown of Haven Point, and she would do anything for it. She’s infuriated, however, with her childhood hero Ben Kilpatrick who singlehandedly destroyed the town’s economy. When his tech firm is considering opening a facility in Haven Point, McKenzie must grit her teeth and figure out how to deal with her new-found enemy. This Heart of Mine

Phoenix Fuller had a rough childhood, so she finally felt proud of something when she started dating the handsome Riley Stinson. All of a sudden, she finds out that she’s pregnant and Riley breaks up with her. When Riley’s new girlfriend is found dead, Phoenix is blamed for the crime and thrown into jail. Will she be able to fix things with Riley and get to know her son once she gets out of prison?