Do you like action, adventure, mystery, and more? We’ve curated a list of new books that are perfect for fans of Ian Fleming’s James Bond! Check out these electrifying mysteries and thrillers. Connor Pierce, known as The Englander by his enemies – of which, he has many – stands by the freshly dug grave of his daughter. Behind him assassins steal into the graveyard. Having failed to find peace, it is time for The Englander to turn and face those who took the ones he loved. 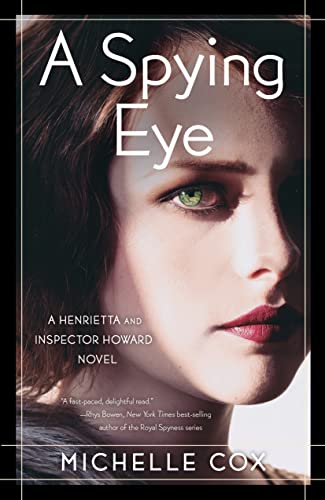 Clive & Henrietta return to Europe & become entangled in the search for a rare missing painting, which takes them to Chateau du Freudeneck in Strasbourg, France, the home of Henrietta’s eccentric relatives. What begins as a wild goose chase turns decidedly more deadly when several Nazi officers also arrive in search of a “valuable item.” Former Detective Superintendent, Bob Hoon, has had one hell of a year. After being repeatedly beaten, shot at, blown-up, and tortured, Hoon is looking forward to spending a quiet Christmas drinking heavily in front of the TV, while pointedly ignoring the older sister who has invaded his home. The world, however, has other plans. When a routine trip to an Inverness shopping centre is interrupted by a squad of heavily armed Santas, Hoon, his sister, and an old army colleague find themselves trapped alongside several hundred terrified hostages. Detective Isaac Bell battles foreign spies, German U-boats, and an old nemesis to capture a secret technology that could alter the outcome of World War I in the latest adventure in the #1 New York Times bestselling series from Clive Cussler. With her tattoos and piercings, MIT tech genius Cami Lark is rebellious and anti-authoritarian—and finds herself in deep trouble when she hacks the FBI. Faced with the choice of prison or aiding the BAU hunt down serial killers, Cami reluctantly partners. But when a a spree of online killings hits close to home, Cami may find herself at a loss—and the next target. When move-in day turns fatal, will facing up to his past prove deadly? Unquiet Bones is the page-turning twelfth book in the DCI Harry Grimm Crime Thrillers series. If you like besieged heroes, races against time, and nail-biting mysteries, then you’ll love David J. Gatward’s restless pursuit.