in Books to Read if You Like..., Mystery, News, Staff Picks, Thriller

Outrunning giant boulders. Saving relics for museums. Few things can get your blood pumping quite like the Indiana Jones theme song. For a series that only released three (well, three GOOD) films, it’s reach and influence has stretched beyond its own world and age into various mediums that still entertain us today. If you’re looking for a new action packed read, here’s a list of books to read if you like Indiana Jones! The simple task of delivering items to her professor’s dig site embroils archeology student Jane Barnaby in a dangerous game with thieves of valuable items. Across many countries and pulling in several characters, Jane must choose who she trusts carefully in her race against the criminals. The Seal of Solomon

A relic of extraordinary power, the signet ring that belonged to King Solomon may be closer to being discovered. Thalia Phoenix goes to France to inspect the ancient clues herself, but terrorists attack and steal them. Thalia and her team begin to search for the artifact with the growing fear it may end up in the wrong hands. 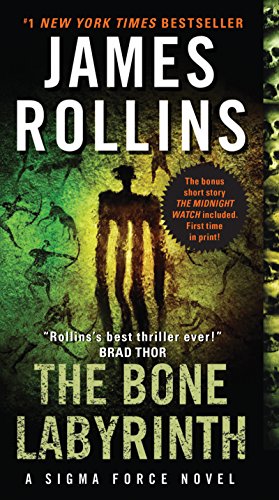 When the bones of a Neanderthal are found in a chapel deep in the mountains of Croatia, many questions are raised. Stranger still are the depicted cave paintings that tell of battles between man and monster. Present day attacks in two separate places offer glimpses at the answers. But how are they connected? With the King dead and the country without funds, Haiti is in chaos. One man makes sense of a set of clues that point to the location of a treasure, a set of clues that lead the crew of the Panther all over Haiti. Everyone has different motives and no one can be trusted on this dangerous treasure hunt. The Tomb of Odin

When an old piece of art is discovered to hold something far more significant than its own value, it’s owner, Dave Purdue, hires Sam Cleave to get to the bottom of it. But it looks like even finding historian Dr. Nina Gould will prove difficult. The civilization of Atlantis is more than a myth, but those who know this are sworn to secrecy. There is a greater issue at hand now, as the disaster that destroyed the Atlanteans is about to happen again…