Clive Cussler is not only a #1 New York Times bestselling author but an internationally recognized authority on shipwrecks and the founder of the National Underwater and Marine Agency (NUMA). His mystery books always include a healthy dose of action and adventure, and more often than not are based out at sea. If you are a fan of intriguing mysteries, military thrillers or even just exciting adventures out at sea, check out these books to read if you like Clive Cussler. 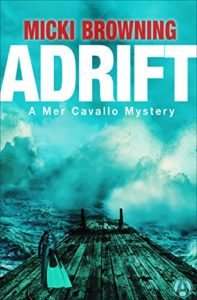 Marine biologist turned divemaster, Meredith Cavallo, thought her new laid back lifestyle in the Florida Keys would be simple. But when Mer acts as a safety diver for a team searching the famed USS Spiegel Grove shipwreck things start to go very wrong. Ishmael, the charismatic leader of the group, goes missing during the midnight dive and Mer is suddenly accused of the crime. Mer is desperate to know what happened under the water and uncover the truth. Was it an accident, a murder, or a supernatural encounter? 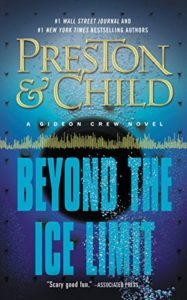 Beyond the Ice Limit

Five years ago, Eli Glinn led a mission to recover a gigantic meteorite from a remote island off the coast of South America. The mission ended in a disaster, with their ship encountering a vicious storm in the Arctic waters and sinking to the bottom of the ocean, along with its cargo. 108 crew members died and Eli was left paralyzed. It turns out that the meteorite was actually a complex organism and is now growing. Eli and his team must enlist the help of Gideon Crew and his expertise with nuclear weapons to try and destroy it before the planet is doomed. A Saudi businessman has been using a shell company to fund terrorists over the world. Unbeknownst to taskforce operators Pike Logan and Jennifer Cahill, an attack is being planned to coincide with the 15th anniversary of 9/11. Called the Ring of Fire, the destruction will be unimaginable and the ensuing chaos and terror will provide the perfect distraction. And soon they learn the worst news of all, this attack is only the beginning. After months at sea, U.S. Navy Commander Scott Hagan is on leave when he is attacked by an armed man in a crowded restaurant. Despite being severely wounded, he manages to fight the attacker and discovers he is a Russian whose brother was killed when his submarine was destroyed by Hagan’s ship. He demands to know how the would-be assassin knew his location, but he dies before he can say more. This is just the start of a series of deadly events over the globe. It is clear there has been a massive information breach that sets a clock ticking that only one man can stop…President Jack Ryan. While in the company of a lovely female companion, Stone Barrington receives a phone call. It’s from an old friend who wants a favor. Turns out a situation may soon escalate and only Stone can contain the damage. Right in the middle of the events is a impressive gentleman who wants Stone in his corner. But with the fickle circles of power, fortunes can fall in a second, and only Stone holds the key to this man’s fate and that of the nation.

The third novel in the Clandestone Operations series takes place in January 1946. Two WACs are kidnapped by Soviet NKGB agents after leaving an officer’s club in Munich. Little did these four agents know that one of their captors was Claudette Colbert, who works for the new Directorate of Central Intelligence. In just moments, three of the men are dead and the fourth wounded. This incident ends up having explosive repercussions not only for her, but for her boss, James Cronley, Chief DCI-Europe. The enemy has now changed, the rules have changed and the stakes have never been higher.