Books To Read For Fans of Kristen Proby

Books To Read For Fans of Kristen Proby

Kristen Proby is a New York Times Bestselling Author of contemporary romance novels. Some of her recent popular releases include Escape With Me, Honor, Imagine With Me, and Taunting Callum. If you’ve been craving some hot new romance novel, don’t miss these books to read for fans of Kristen Proby. Enjoy your new books! 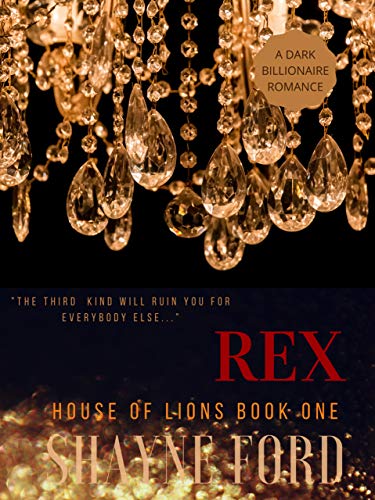 The first book in the House of Lions Series by Shayne Ford… Luna Rae Winter, a San Francisco pre-Law college student, spends her summer break on the Golden Coast with her best friend, Frankie Mendoza. The two young women look forward to an adventurous summer when the first day at the beach leaves them shaken after an unexpected twist of events. The news is not all bad as a handsome stranger comes to Frankie’s rescue, piquing Luna’s interest. The third book in the Space Series by Sara L. Hudson… Trish Garret is a good girl who may or may not be wanted by the law. A poor decision in her past has her on the run, keeping a low profile while working waitress jobs at local watering holes. But during her latest stop in Houston, she’s managed to make herself a great group of friends she’s always wanted and never had. When a private detective shows up at her Airstream trailer asking questions, Trish takes it as a sure sign it’s time to pick up stakes and skedaddle. He wants her, but he can’t have her. She wants him even though she doesn’t know who he really is. Storm Hardy left Ocean Beach to pursue a career in the music industry. Lotus Irving stayed behind, her world rocked by one terrible tragedy after another. What if all your best memories are behind you? What if you lost the one friend who understood you better than anyone else? What if your greatest wish is to recreate the past instead of imagining a brighter future? The first book in A Cross Creek Small Town Novel Series by Kelly Collins… Kandra brought me to my knees when she fled Cross Creek to follow dreams that didn’t include me. I picked up the pieces of my broken world and built a new life—one free of heartache. I thought she was in the past and would stay there, but I thought wrong. Kandra is back, and if I’m not careful, she’ll gut me again. As much as she stole my heart, she left behind the longing. August Monreaux was a stormy sea of a man, the dark between the stars, an electric chill cutting through a crowded room—all wrapped into one wicked, beautiful package. He was also off-limits. My entire life, I was kept a safe distance from the notoriously virulent Monreauxs, banned from so much as breathing the same air. And like the good daughter I was, I obeyed those rules. Until the one time I didn’t… The first time I met Hudson Rothschild was at a wedding. I’d received an unexpected invitation to one of the swankiest venues in the city. Hudson was a groomsman and quite possibly the most gorgeous man I’d ever laid eyes on. He asked me to dance, and our chemistry was off the charts. I knew it wasn’t a good idea to get involved with him, considering the wedding I was at. But our connection was intense, and I was having a great time.